Zoya Valiakhmetova, the process engineer of the 10th workshop of the enterprise, became the godmother of the ship.

“Captain Barabash” – the sixth in a series of six boats being built by the plant on the order of the Federal Agency for Maritime and River Transport. Four vessels were handed over to the customer in 2016 and 2017, the fifth and sixth are transferred in 2018 in accordance with the terms of the state contract.

Vessels of the project A40–2B-YAR correspond to the class KM Ise2 R3 RSN Aut 3 oil recovery ship (> 60 °) of the Russian Maritime Register of Shipping and are intended for rescue operations and the following operations:

• transportation of spill response equipment for oil or petroleum products in coastal sea, river and lake search and rescue areas, in the waters of bays, inlets, sea and river ports;

• localization of the distribution of spilled petroleum products by setting booms and constructing oil gathering orders;

• liquidation of spills of oil or oil products by collecting them in floating vessels and further towing of containers to the place of reception by coastal or floating stations;

• search and rise from water of floating objects and people.

In the period from 1947 to 1953 he worked on vessels of the Far Eastern Shipping Company in the positions of the 3rd, 2nd and senior assistant captain.

January 16, 1962 Barabash A.I. He was transferred from the crew to the post of head of the group of rescue and salvage operations to strengthen the management personnel of the ASPTP FEP.

In September 1965, for excellence, excellent performance in production activities by order of the head of DVMP transferred to the post of captain-mentor for rescue operations.

In January 1975, by order of the head of the shipping company, he was appointed head of the emergency and rescue and towing works department.

Barabash A.I., working in the EAS ASPTR FEST, proved himself to be an experienced sailor with multilateral marine engineering, command and volitional qualities and a high sense of responsibility. Personally carried out guidance on rescue and towing operations (ship lifting operations at the Pavel Obukhov mother ship base, the Workers’ shift, the Nakhodka shift, the Ambarchik missiles, etc.)

In December 1968 (during the military conflict in Vietnam) was sent to the port of Haiphong for the organization of rescue support.

Working as the head of the EATPTR FEVP, Barabash A.I. managed to create a cohesive and workable team, many of whose members still continue their work activities.

Barabash A.I. was repeatedly rewarded with prizes, awarded with diplomas and state awards, including: in 1960 he was awarded the Order of the Red Banner of Labor, in 1970 with the medal “For Valiant Labor”, in 1975 with the Order of Patriotic War 2- oh degree “, in 1985 – the medal” 40 years of victory in the Second World War. “ 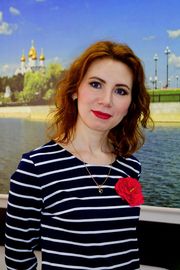 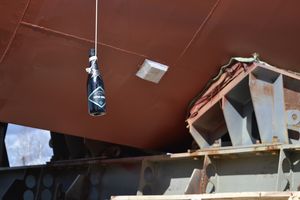 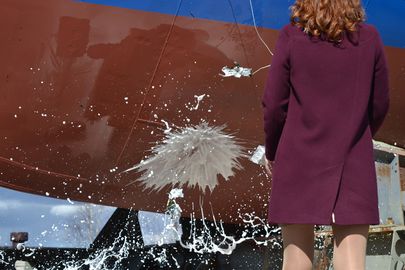 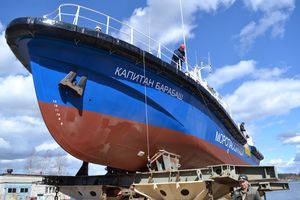 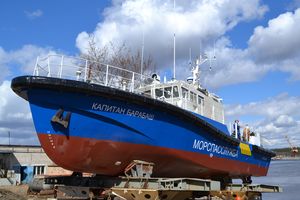